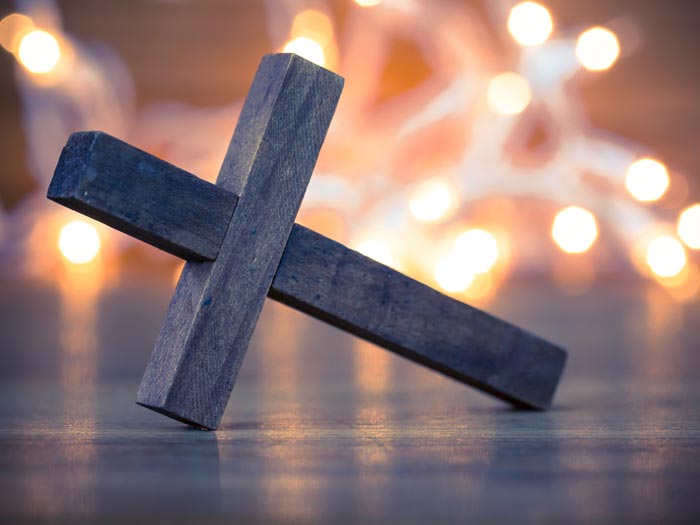 God’s Provision…………………….Romans 5:8
But God commendeth his love toward us, in that, while we were yet sinners, Christ died for us.

Response Of Faith…………………….Romans 10:9
That if thou shalt confess with thy mouth the Lord Jesus, and shalt believe in thine heart that God has raised him from the dead, thou shall be saved.

Christian Commitment………………..Romans 12:1-2
I beseech you therefore, brethren, by the mercies of God, that ye present your bodies a living sacrifice, holy, acceptable unto God, which is your reasonable service.

And be not conformed to this world; but be ye transformed by the renewing of your mind, that ye may prove what is that good, and acceptable, and perfect, will of God.

The Truth Is That...

GOD LOVES YOU AND HAS A PURPOSE FOR YOUR LIFE
God loved the world so much that He gave His one and only Son so that whoever believes in Him may not be lost, but have eternal life (see John 3:16). There is a God-shaped vacuum in each of us that we try to fill with the things of this world. But there is also tremendous need – a need for God our Father.

OUR SIN STANDS IN THE WAY OF GOD’S PURPOSE
The Bible tells us that “all have sinned and fallen short of the glory of God” (see Romans 3:23). All we have to do is look at our own actions and the action of those around us to understand that truth. The Bible goes on to say: “ For the wages of sin is death” (see Romans 6:23). The good news is that God loves us, and even in our sin, He splits the earth and TIME to reach out to us.

JESUS CHRIST IS THE ONLY WAY OF SALVATION
Jesus Is God Who Became Man
The Bible tells us that “in the beginning was the Word and the Word was God…and the Word became flesh, and made His dwelling among us” (John 1:1,14)

JESUS DIED ON THE CROSS FOR US
As He lived among us, it became clear that the only way that mankind could be saved would be through Jesus’ death on the cross. “For Christ also suffered once for sins, the just for the unjust, that He might bring us to God…” (1 Peter 3:18 NKJ)

JESUS DEFEATED DEATH FOR YOU
“Who was delivered for our offenses, and was raised again for our justification” (Romans 4:25 KJV). And because of His death and resurrection, there is power in His NAME.

WE MUST RESPOND IN FAITH
It is not enough just to know the facts about Jesus’ life, death and resurrection. We must turn from our selfish ways, trust in Him, and receive Him to be saved (made whole, complete, and no longer alienated from God). The Bible says that “as many as received Him, to them He gave power to become the sons of God…” (John 1:12 KJV).
Believing that Jesus is God’s son, the Christ, and receiving Him into your life as Redeemer, Savior, and Friend will start your new life as a child of God.

A PRAYER TO RECEIVE CHRIST

Lord, thank you for loving me and coming to earth to show us the way. I believe You died to pay for my sin and you were raised from the dead to give me eternal life. I want to turn from my sin and place my faith in You right now. Please come into my life and be my Savior and Lord. Show me how to live and help me to follow You always. In Your name I pray. Amen.

Did you just pray this prayer for the first time?  Complete the form below to inform us.